As I did go, even if I was not feeling well, I might as well make the most of it. Due to the connections I arrived hours before the others, and could go looking for things, in a most happy place to do that. A misty, unknown wood, sprinkled with steady spring rain and full of surprises. 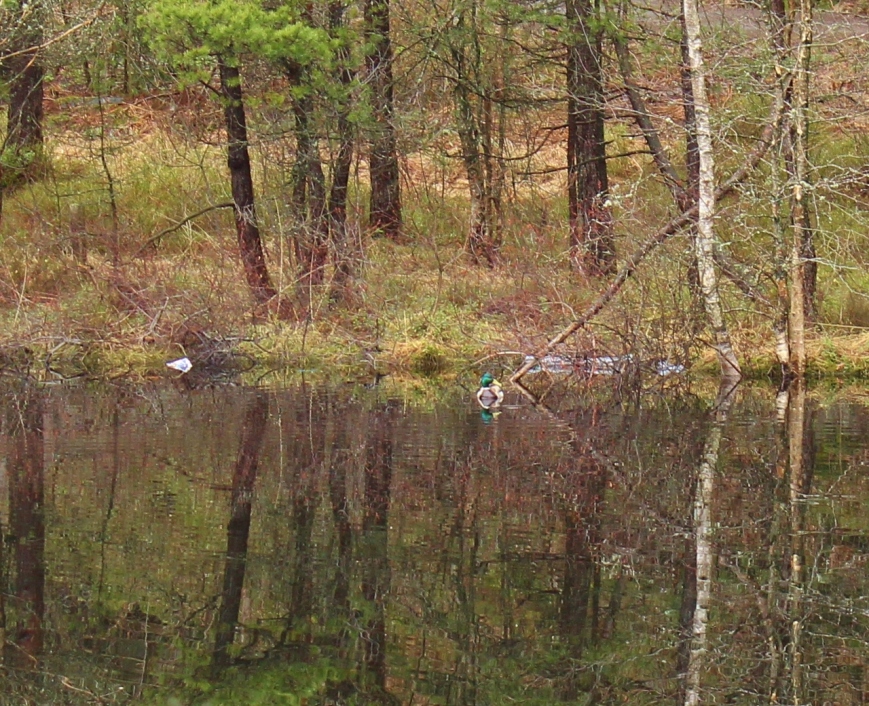 First I saw golden glimmers among the trees, old rotten leaves, but still a burning orange, so lovely. 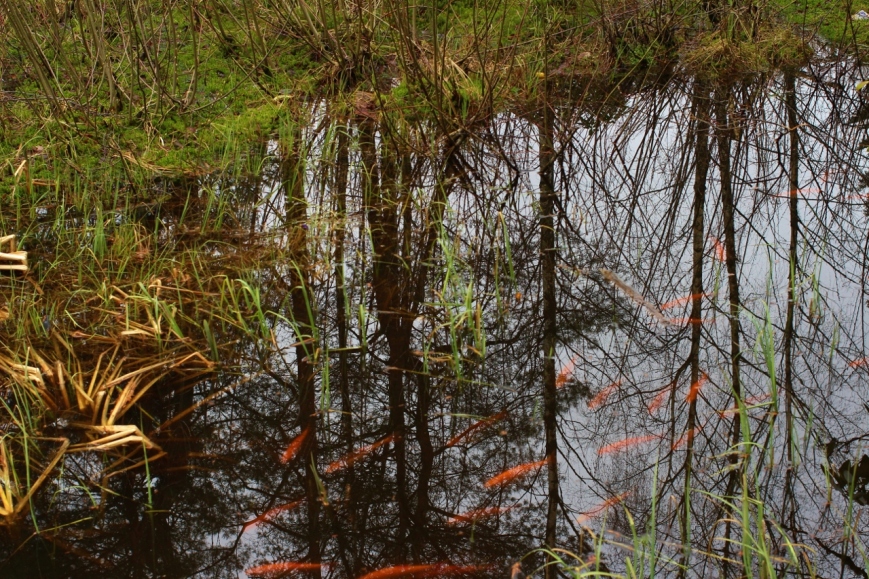 Then I saw golden glimmers among the trees, except these were reflection of trees in the water, and the glimmer was fiery red carps, golden moment.

The next orange flutter was a bird hopping close to my feet, obviously trying to remind me that others had brought food…

I did not pay attention, as that was when I saw a bundle of unbelievable, flaming orange leaping over the carpet of pine needles and laying down to rest among the trees. Neither leaves, nor fish, nor birds, but a couple of Siberian tigers jumping for joy in the rainy spring morning.

We see only what we think it is possible to see? Sometimes, we do. And then at other times, there are tigers in norwegian woods.

2 thoughts on “Seeing is not believeing”