Today is our constitution day, actually our bicentennial. We are celebrating, as usual, with children’s parade, music, flags, traditional food, and traditional costumes. 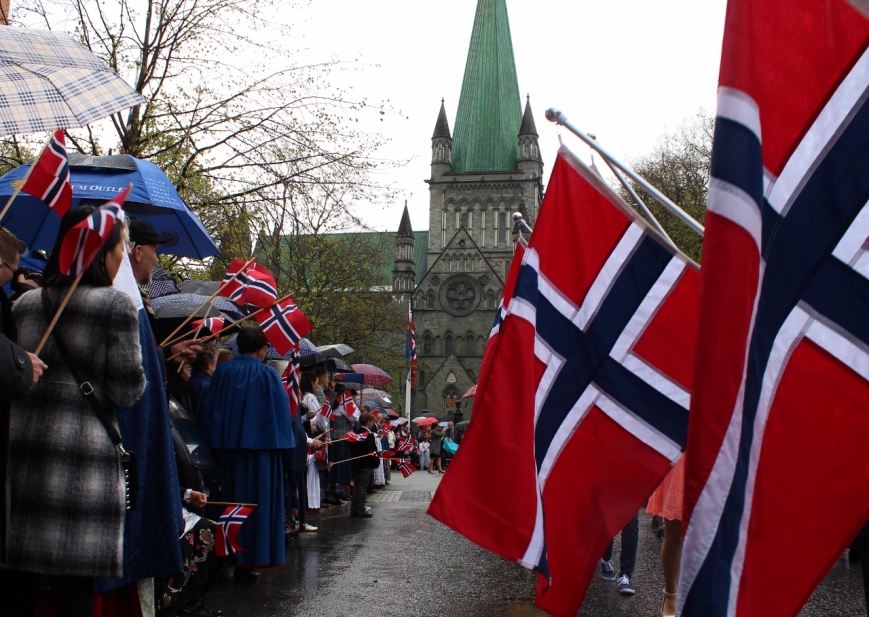 We are celebrating more than ever, having used the last months for public  discussions and reminders, adding depth to the values we do promote in our Constitution. 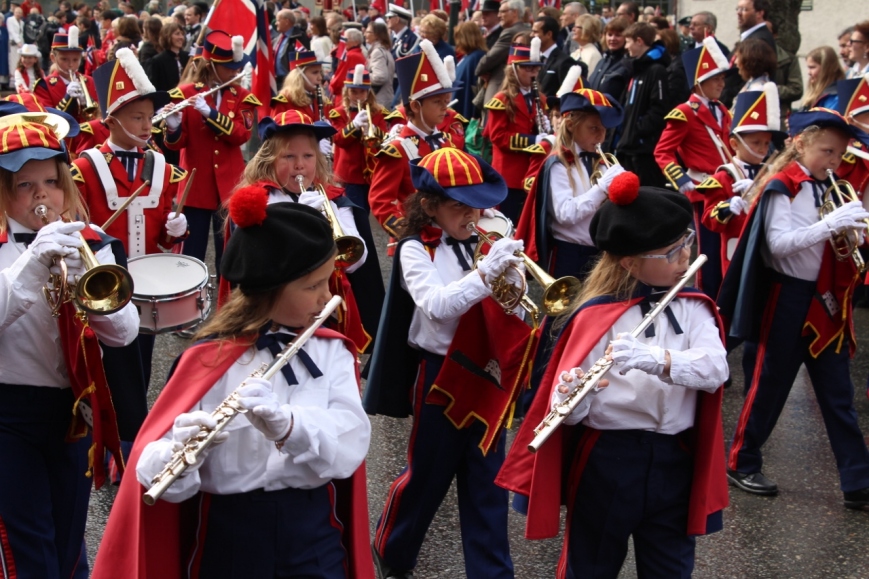 Telling each other what we do well, where we need to improve, what we have to keep, no matter what.

Stig and me dressed in our traditional costumes and walked into town.

We enjoyed the parade, we attended the service in the cathedral, we talked to friends, now we are at home relaxing, getting ready for dinner.

I just thought I’d show you some glimpses of our day. Celebrate freedom wherever you are! 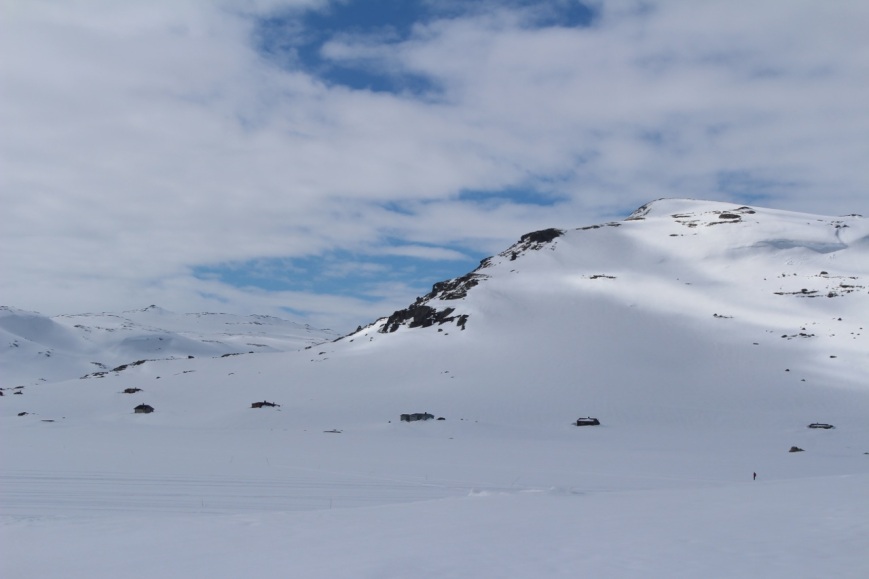 This has been the most “eavesdroppingly” week of my life. It is not that I do not want to listen to the person I am talking to, but I want to listen to everyone, and this truly has been a week of strange confessions to listen in to. We’re at a small hotel, surrounded by ice and snow, and in every corner, at every table something exceptional is being told.

Are they going out for a smoke? My friend asked me. The sunburned anorak clad guy in the breakfast room is putting two fingers on his lips. No, he is telling her to put sunscreen on her lips, I tell her. Being in the lucky position of knowing the language. The other information I gathered this week is more uncertified, and I keep wondering, how often do we think we know something as fact, that never was one? I have had several test groups this week.

First the group of code experts from all over the world, there are no limits to how I am able to combine their knowledge into total rubbish.

Then the group of explorers, even inside, they are fighting the arctic winds when they share their stories. One tale taller than the other, how they survived, and how they almost not. The glimpses they give into their hearts are cruel, cold and terrible, or brave, courageous and impressive, depending on your mindset.At breakfast this morning their plates were piled with eggs, bacon, sausages and porridge, their boots stomped on the floor, and then they were off into the white.

Then the group of actors and crew, impressive to witness all the people working to get that going. Then the tidbits, on how you train a hen to play ill ( you do not, but you are not allowed to drug it without an veterinarian present). Or me, sitting next to an Academy Award winning actor at breakfast, my favorite from several films, and not recognizing her. She told me she was a french actress, and I thought she was joking. 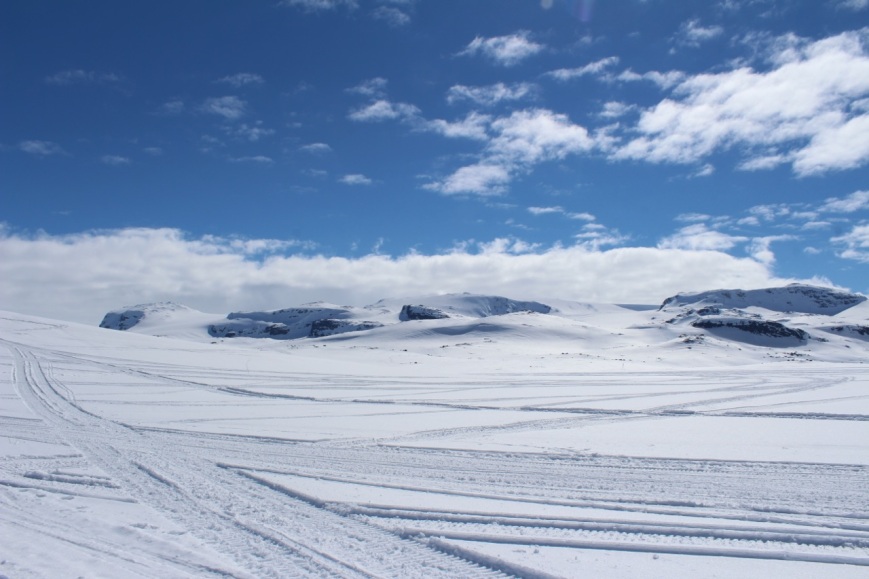 But that’s another tale, if I got that one right. For now, I am off into the mountains, as her departing salute was.

I had planned to sleep in today. Having a late breakfast, taking my time deciding what to do. Then, at six thirty, I happened to look out of our bedroom window. The blinds were up, and the window was open, the whole world was there to see, from my bed. And what a world! Covered in white, only   some rocks showing through the snow. Steely grey skies, except from a single beam from the morning sun, hitting the side of the mountain just as three small avalanches rolled down towards the lake.

I grabbed my camera and got some pictures while still in my nightie. Not perfect from a technical view, but gorgeous for me being in the middle of it. The beauty made me wide awake, and as soon as the sun was hidden again I was out of bed and ready for the day. You see, we are at Finse.

Finse, that is where Schackleton, Nansen and Scott trained for their expeditions.
Finse, that is where snow kiters, glacier walkers, mountain skiers and terrain bikers form all the world love to challenge themselves.
Finse, that is where film crews find solitude, ice and snow. As in Star wars, as just now with “Nobody wants the night” with Juliet Binoche and Gabriel Byrd, cast as Robert Peary and his love.
Finse, the highest point on the Oslo-Bergen railway at 1222 m. above sea level, with an historic hotel from 1909, teeming with life and energy. 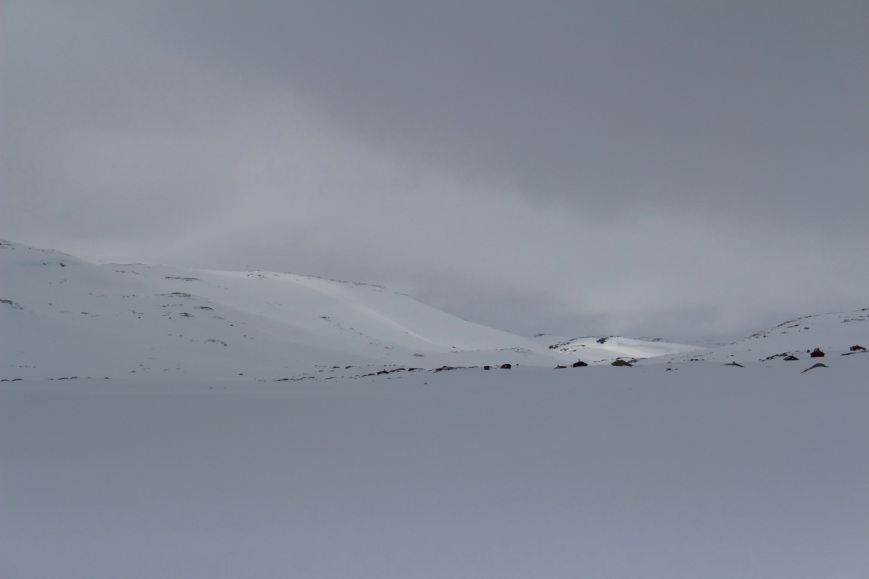 At Finse where we are this week it is still winter, still enough winter to pretend it is Greenland in winter. I have spent the week visiting with friends from Santa Barbara. My husband and 30 other of his kind have been sharing insights and wisdom on computer security and coding.

Today I rented mountain skis and went out in the white. even when overcast, the glare makes you wear sunglasses.  Just now I am blogging as somebody else is preparing a delicious meal. Today have been happy trails, indeed.